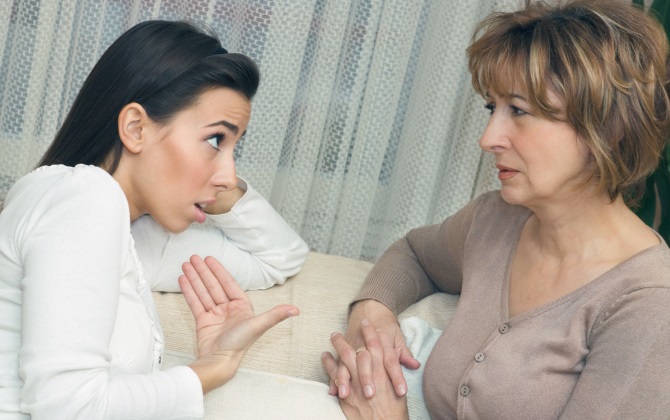 The world is made up of different races and cultures.

Each culture often has a unique identity and heritage that distinguishes it from other cultures.

Variations in language, dressing, food, festivals and societal norms often form the bases of these differences.

But one thing that cuts across all cultures of the world is the respect that children must have for parents.

Within the norms of society, the respect for parents is probably the most adorned one.

For example in China, many schools have begun adopting curriculum that explicitly teaches children to respect their elders.

Elsewhere in the West, the respect for parents is a valued and cherished societal norm that must be followed by all.

These values are the norms but can there be exceptions?

In this short piece, we would be looking at why standing up to your parents can be a good thing to do.

Below are our reasons why you should stand up to your parents when the need arises.

Most parents believe that the success of their children can only be achieved in the manner in which they achieved theirs.

In such situations, the child is confined towards a particular occupation or way of life usually against his/her will.

If you find yourself in such situations, it is necessary to stand up to your parents in order to follow your dream.

You may have heard of Alfred Nobel and his “Nobel Peace Prize” but what you probably may not know is that he went against his father’s will of being an engineer into inventing himself as a writer.

Other famous people who went against their parents will in order to succeed include Celia Cruz, Katy Perry, and Miles Davis.

Sometimes it is necessary to fix the plug and get things right about your future with your parents.

It may be a quite absurd thing to say but most defiant children turn out to be successful in the future.

The elite mindset of withstanding the circumstances of being defiant towards the parent prepares the child towards holding responsibility in the future.

For example, most girls who went behind their parents’ advice on not attaining education in Africa have turned out to be responsible people in high administrative and economic positions today whilst their complying counterparts arent.

It may not be good to be defiant but it sometimes takes a little bit of it to pave way for success.

Clubbing, partying, teenage sex and other modern societal trends are often unacceptable in our societies and especially by parents.

Parents frown against certain behavior based on societal norms and some other religious reasons.

But it is often forgotten that these social trends and fads actually teach children and can even lay a foundation for building a career for the child.

Club addicts can become musicians whilst social media enthusiasts can opt for a career in social media marketing.

Trends and fads can be beneficial for a child and hence going against the will of parents to get a cool feeling of one should not be a bad thing after all.

Imagine you just rode back from school as a child one afternoon to meet the unusual scene of your mother being in a bad mood.

You asked her what was wrong and she told you she had a bad time with your father for being frank with him about his lifestyle.

Your father had developed into an alcohol addict and having a depressed lifestyle for some reasons.

You sit beside your mother with your arms and head on her laps telling her you had to do something about it but surprisingly she advised you not to.

How would you react?

Would you follow your mother’s advice or take things into your own hands and try to fix the issue.

These are the types of scenarios we encounter as children usually with our parents.

It may be a more complex situation than the above example but whatever it may be, the right thing is what you have to do regardless.

Sometimes we are fixed in between following our parents will or taking that bold decision that would make things right.

At other times, we find our selves in a dilemma of either making that loud yell at our parents or just letting things be for the sake of respect.

Respect for parents is a good thing to do but that should not always be the case.